I have written in the past about the moneda situation (since resolved) here in Buenos Aires. That is not the only problem. Money in general is a huge problem – especially if you are of the peso earning persuasion.

For those who earn pesos, they have t

o manage a couple of things, most importantly the exchange rate between the dollar and the peso. You wonder why people in Argentina have to worry about a currency that is legal tender 5,000 miles away? Well, because things like houses are priced in dollars. So this means that if you want to buy a house here, you have to borrow dollars. But you earn pesos. Oh and did I mention that the peso is constantly losing value against the dollar? When I first arrived here, the exchange rate was 3.50 pesos to the dollar. And now, 15 months later, it is 3.85 to the dollar. For me, this is seemingly a good deal. But for the peso peeps, it kinda sucks.

While this all may seem like a great deal for me, it really isn’t as lovely as it sounds. Inflation eats everyone alive here, regardless of one’s currency status. Last month, inflation was eight percent. As for last year, there’s some debate - the government of Krazy Kristina (aka Presidenta Cristina Kirchner) says it was eight percent, private economist say more like 15-18 percent. What does that mean for real? It means that every time I go buy something, it costs more. For me, with my dollar driven life, it’s like a pinch of salt. But if your money is worth less and less every month, it’s like a shovelful of shit.

For many people, this roller coaster economy is better than it was. There is a deep history of economic instability and inflation insanity here. During the economic crisis, the rates of inflation were so outrageous that the prices in the grocery stores used to change every hour. Fellow blogger Buenos Aires Photographer has a beautiful posting (with photos) that can give you some of the backstory.

So while my friends freezing their tuchases off up north may be bitching about things, it’s for sure not as wacked as here … if that’s any consolation.

Posted by Unknown at 1:44 PM No comments:

A Kiss is Just a Kiss


You probably know that people kiss hello and goodbye here in BsAs. I like the kiss, something that is somehow more emotive and warmer than just a simple, clammy handshake. Of course, this means when you are leaving a party it can take forever and a day to kiss everyone goodbye, but I digress.

Anyway, I bring up the kiss for two reasons… one is because I always struggle with what to do when I meet fellow Americans. Do I kiss them? Of I do I just say hello with a feeble wave or even WORSE, a limp halfhearted handshake?

I have fallen on the side of the kiss route, mostly because I am a when-in-Rome-kinda-gal, which hasn’t always served me but at least I am consistent!

The other reason why I mention the kiss is that often men will kiss each other in greeting too. Just a peck on 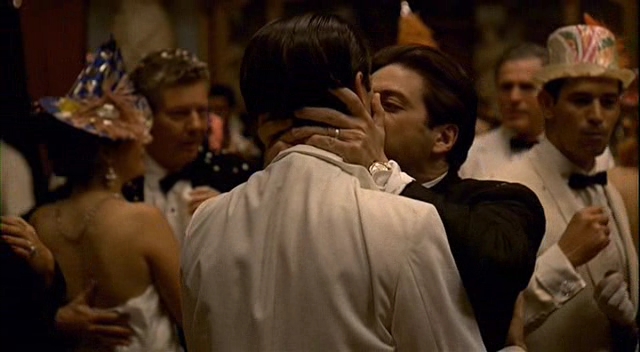 the cheek to say hello. And no, this is not just the gay men, I promise! I have seen old men kiss hello, the guys at the gym kiss hello, buddies meeting for lunch in a busy café. Even reader Emily commented about how this is part of work culture as well.

Of course, I was super-curious about this custom. I asked and poked around a bit and it seems this male kissing phenomena is unique to Argentina in Latin America. You may find it in other cultures, including in the Middle East and of course, Italy. Even in some parts of the former Soviet Union you can find men who will embrace with a little kiss. But Brazil? No. In Colombia – forget about it. Colombians don’t really kiss hello for the most part, it is more of handshake type of society even for the chicks. NB: Reader Yonas H comments that in Portugal, men in fact, do kiss.

What’s so interesting about the dude kiss is that machismo level of Argentine society. Many of these men who are kissing their dude friends hello are cut from the cloth of some of the most macho men en el mundo. Argentine society can sometimes be a retro throwback – at a party, the women and men can usually been seen gathered in gender specific groups, something out of a sweet 16. I’ve talked incessantly about the level of sexism here, so I don’t need to remind you, my loyal readers about this or why it would seem a tad peculiar to have dudes showing some affection to other dudes.

I will say though, that maybe because there’s so much kissing everywhere, maybe the kiss doesn’t mean as much as it would to a gringa, yanqui or whatever you want to call us cooler blooded northern folk. After all, a kiss is just a kiss. Even if you get them from different people all day long.