Thanksgiving is my favorite holiday in the world because it is a holiday that is about food, not gifts. Thanksgiving is a memory of people and shared experience, not about spending money because of a societal obligation. Because of this, I had no idea what kind of experience I was going to have living in a place where my roots are just starting to take hold.

We went Thanksgiving shopping on Tuesday, my friend Mary and I scoured the giant megastore for cranberries, turkey, green beans, and the ever necessary, bricks of butter. Success on the butter and the beans. Well, the turkey too – we scored these little girl turkeys from Brazil, pavitas, and we grabbed two of them from the nearly empty giant freezer. The cranberries were sadly never found and tangy plum marmalade was subbed in its’ place.

When I arrived at Mary’s on Thursday, I had already been living in cognitive dissonance. Always in two worlds, it was more severe on this day – life hummed as it always does in my physical space, while half a world away existed some other reality that is also my own. But it was different. Thanksgiving is about the people you love and there were many people who were in that world far, far away. Normally I spend Thanksgiving with my dear friend Marc. I even wrote a poem about it last year, closing my eyes to imagine his day of thanks at the same moment as mine. I remember feeling the distance of half a world on that day.

But this year, something was different. I walked into Mary’s house to a hurricane of cooking. Mary, an incredible cook, had prepared beautiful green beans worthy of a Gourmet photo spread and pale yellow potatoes au gratin laced with cream and cheese. I ran out to get some wine and when I came back, the smell of the pavitas filled the kitchen. Darkness had come and with that, a drop in the temperature that made it feel closer to a slightly bleak northern world November than a crisp Argentine spring evening.

Before too long the guests began to arrive. Argentines, a Cuban, a Brazilian. Only one-third of us had celebrated Thanksgiving before, so it was a treat for many of the newbies. As we were piling our plates with food, we had to show the newbies where the most delicious stuffing was (inside the bird of course), explain the plum marmalade on the table.

Two weeks ago, my friend Nestor dragged me to the outer reaches of Buenos Aires to attend a birthday party in a barrio called Liniers. We took a bus along Avenieda Rivadavia, which he told me was the longest road on earth and after this bus ride I think I believe him. Finally, we hopped off at a quiet corner with a lush park tucked between two sleepy streets. Quiet? Sleepy? Were we in Buenos Aires? What kind of party was this?

Truth be told, it was 5 pm, which is really when the town just begins to wake up.

As we circled the corner, I heard what I came for. The high-pitched screams of children. The retort of parents who begged their offspring for voices an octave lower as they all yelled over the high-pitched kids music. And then, I saw it. The street was stuffed full of children, parents, grandparents, even great grandparents all celebrating the 90th birthday party of Don Luis, the man who operates the oldest calesita (merry-go-round) in Buenos Aires. His particular merry-go-round, was built in 1920 and has been bringing squeals of delight to the kids in the ‘hood for close to a century.

Don Luis’ merry-go-round is one of 55 scattered through the neighborhoods of BA, with nearly one in every ‘hood. With wooden carved horses, carriages and trains painted in faded pink, purple and gold, they quickly leave you with the impression of another epoch.  The city has embarked on effort to save these little jems of history that conjure up happy images for young and old alike, going into far flung neighborhoods to reconstruct and rescue piece of the city’s strong European history.

“Three generations of my family came here, including me,” a wrinkled woman of the barrio told me. She was in her early 90s, her husband 97. That was what made this party so remarkable – the mixture of generations who all were united to celebrate what was, is or will be part of their collective memory. It was a symbol of community that is too often forgotten in an age of video games, Facebook and television.

There was an award for Don Luis from the city, for his dedication to the community. He spoke briefly, with pride about the challenges throughout time to keep the calesita running. “Today all the children of Argentina can enjoy the most fun and healthy diversion we have,” he declared, beaming with joy as the throngs of children and adults alike clamored to kiss and hug him on his special day.

There was a torta (cake) of course, a 90-kilo purple behemoth, in honor of Don Luis’s age. It was extra sweet, with dulce du leche and nuts sandwiched in between a moist yellow cake and the crowd pushed with ferocity to get near the table underneath a jacaranda tree to grab a slice.

Soon the crowd was energized, maybe from the sugar, maybe from the celebratory vibe. Kids climbed onto the merry-go-round, making life-long friends, making temporary enemies, loving their sisters, hating their brothers, with parents snapping pictures furiously in the golden spring afternoon. Either way, it was simply a beautiful sight.

To see more pics, go to my flickr site.  Also, be sure to check out the special cultural programs the city has going until the end of the year at calesitas throughout the city.
Posted by Unknown at 11:29 AM 2 comments: 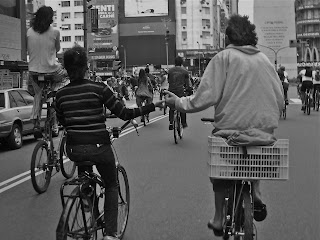 Raro. Hmm… To me, I felt at home, home with the guy that had the bike that towered 10 feet high. At home with the punky girl who had a death to cars sign that hung on the ass end of her bike. No matter where in the world you are, you can find your own masa.
Posted by Unknown at 9:02 AM 5 comments: 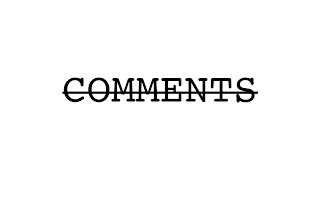 To this end, my own Spanish homework is now my fuck you, leave her alone speech. Will share soon.
Posted by Unknown at 10:23 AM 6 comments: